The lens is a biconvex, avascular, noninnervated, encapsulated body composed entirely of epithelial cells and fibers. The 3 layers of the lens are the nucleus, cortex, and capsule. Lens transparency depends on tight, regular packing of lens fibers and their intracellular proteins to permit light transmission and provide refractive power for accommodation (focusing on near objects).

Anatomical position of the lens

The posterior segment is the posterior two-thirds of the eye, from the hyaloid membrane just posterior to the lens and spanning all the way to the optic nerve. This includes the vitreous humor, retina, choroid, and optic nerve.

The posterior surface of the lens itself is attached to the vitreous humor at Wieger’s Ligament (also known as Hyaloideo capsulare). The potential space between the lens capsule and hyaloid face of the vitreous is the retrolental space (or Burger’s space). 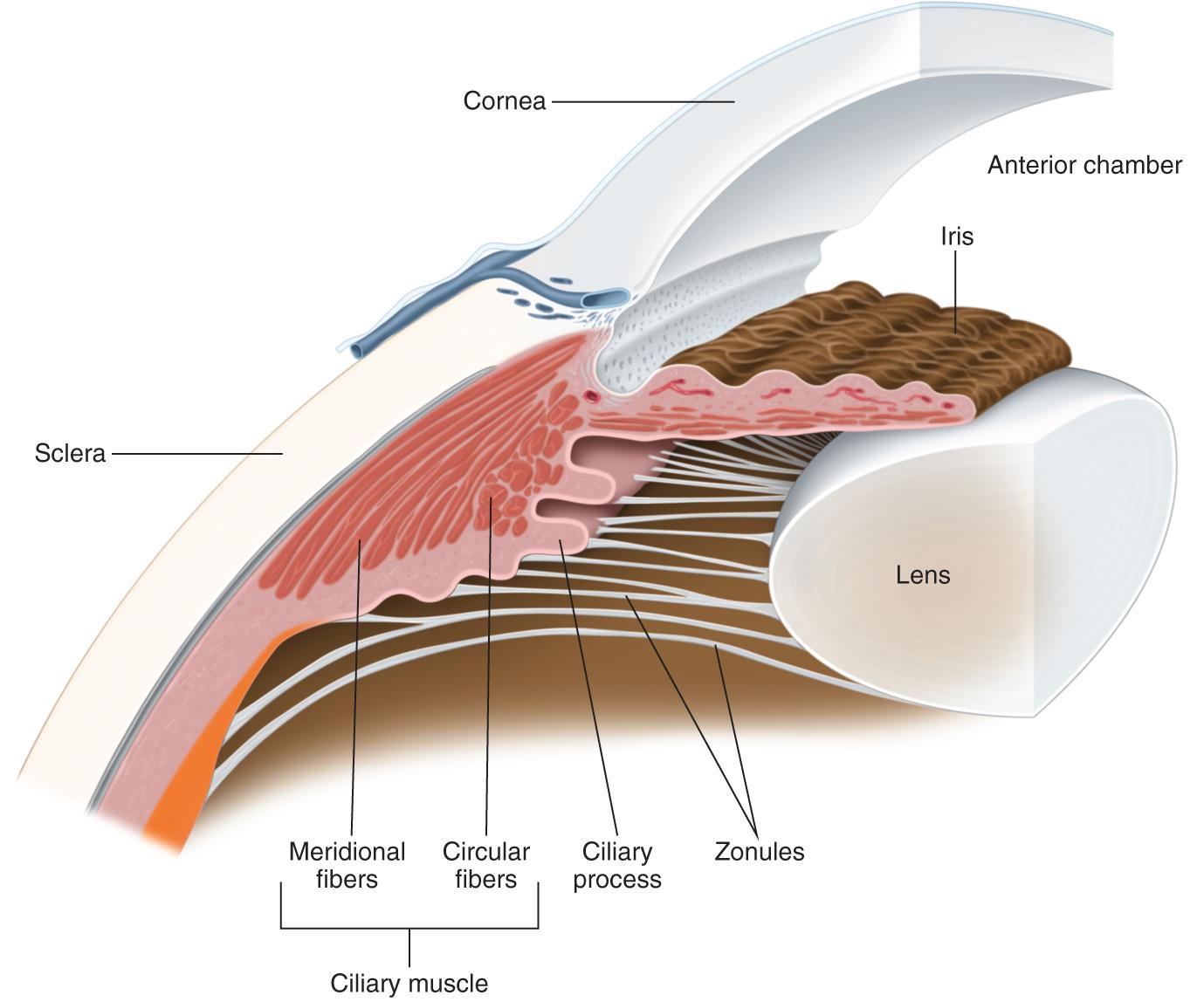 Zonular fibers attach to the outer layer of the lens capsule (the zonular lamella) and hold the lens in place. Zonular fibers originate in the basal lamina of the pars plana and pars plicata of the ciliary body and insert on the equatorial region of the lens.

3 layers of the lens are the nucleus, cortex, and capsule.

Zonular fibers extend from the ciliary body and hold the lens in place.

Posterior segment = the posterior two thirds of the eye beginning at the anterior hyaloid membrane and including the vitreous humor, retina, choroid, and optic nerve posteriorly.

Anterior chamber = the space between the iris and the endothelial layer of the cornea. This space is filled with aqueous humor produced by the ciliary body.

Posterior chamber = the space between the posterior iris, zonules, and lens and filled with aqueous humor.

You are in Lens Anatomy and Development. Pages in this section:

Images from © 2016 American Academy of Ophthalmology and the National Eye Institute.